On my birthday I got to see my lovely niece Jazmine! I was soooooo happy–it really made my day.  She told me she has been waiting for me to pick her up and asked if I had a “girl” room at my house for her.  She is four years-old now.

Seeing Jazmine made me recall the hair tragedy.  When it first happened I was highly distraught.  I mean you just don’t cut a girl’s hair!  I was far more traumatized than she was! In fact when she saw her bald fade, she could not stop laughing she was so amused with her new look!  Now when I retell the story I am laughing right along.  Especially when I describe  the absurdity of the person who tried to GLUE her ponytails back on!!!  As if I wouldn’t have known something was off!

The moral of the story is what seems like the worst thing that could have ever happened today can amuse you tomorrow.  Besides, hair does grow back! 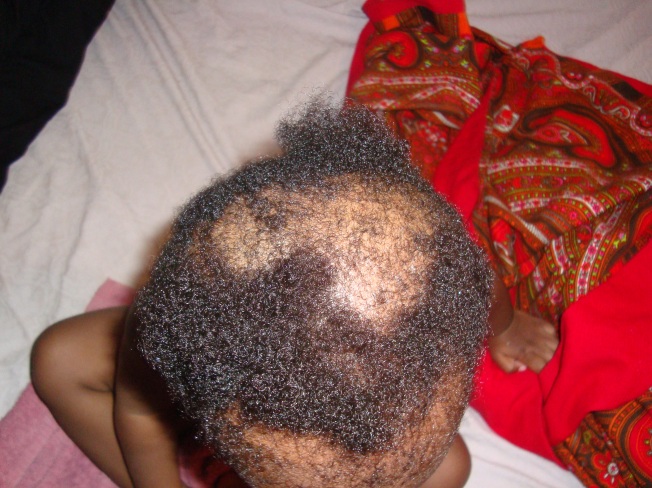 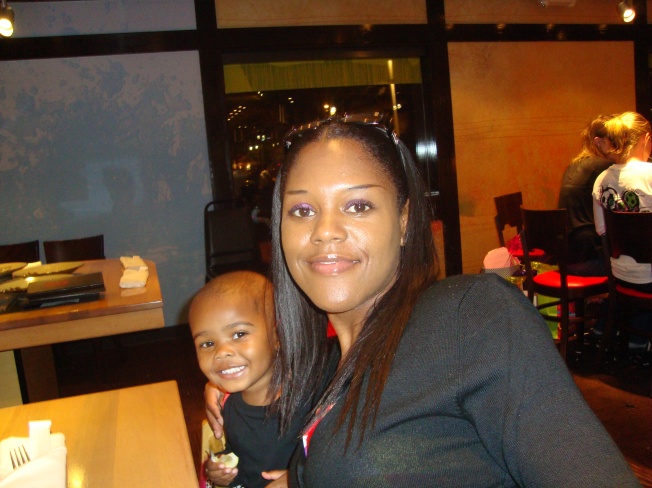 Today when I picked Jazmine up from the sitter’s, I thought something looked different about her hair.  When I got her home I saw that she only had three ponytails.  I sent her with four.  I took a closer look at her hair and noticed that it had been sawed off in places.  I became frantic realizing that that one of her ponytails had been cut off!

I quickly called the sitter to find out what had happened.  I wanted to know if she had ingested any of the chemical.  She did not know because she had been asleep. She claimed that her husband was supposed to be keeping an eye on Jazmine and her four-year-old grandchild.  I was furious!!!  I contacted the local Poison Control Center and they said she would be fine.

It was finally revealed that her grand-daughter put eyelash glue in Jazmine’s hair.  I guess when her husband saw what had happened, he panicked and tried cutting the glue out of the hair.  He was not there when I picked Jazmine up.  Obviously he did not want to face my wrath.  I was so disgusted with her that I hung up the phone.  I did not want to hear any lame excuses.

She has bald patches and two clumps of hair.  I have no other choice but to get it cut very close to the scalp.  I am upset.  I blame myself because I selected the sitter.  Had I known she was so irresponsible, I would have never entrusted my niece to her care.

I hate that she will have to have a fade at age two!  Every cloud does have a silver lining, no matter how faint.  It could have been something far more sinister.  Also, winter is around the corner.  I will just have to find her the cutest hats possible.

Suffice it to say, that sitter will not be caring for my niece ever again.